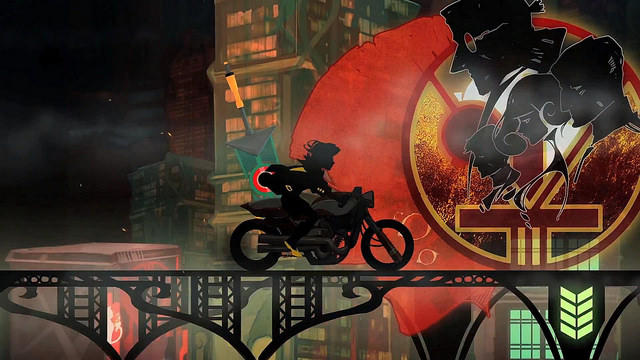 Transistor intrigued me from the moment I watched its trailer. I was intrigued by the sharp, steam punk visuals and short clip of the song, “We All Become,” featured in one of the cutscenes. Many critics loved this game, which further fueled my interest, but I wasn’t convinced it would be a satisfying experience to a more casual gamer such as myself. I was afraid the fighting system would be too overwhelming for me to try and learn, causing me to give up on completing the game. Was it worth it? Would I enjoy it enough to justify the money I spent on it? Ultimately, PS Plus made the decision for me when Transistor was included in this past month’s free instant game collection. Is it worth the free download? Is the sky blue? Do bears excrete fecal matter in the woods? Did Han shoot first?

No amount of trailers, gameplay videos, or screenshots did justice to how pretty this game is to behold. The colors and style of Transistor’s steam punk world pop, and the best word I can think of to describe the visuals is sharp.  Transistor is put together in a crisp and finely detailed way. From the sparking of the sword as Red drags it along her path to the buildings in the background, Transistor’s visuals are cared for.

As for audio, the sound effects are decent but don’t stand out to me in any significant way. The soundtrack, on the other hand, shines like sparkling pixie dust for your eardrums. I don’t know what else to say about the score except, ‘…yes…more please.’ Your partner’s voice (the sword) can be sent through either your system’s speakers or through your dualshock 4 controller’s speaker. I preferred the latter as it enhanced my immersion into Transistor’s world.

This game’s story follows a woman whose voice is stolen and a speaking sword she picks up at the opening of the game.  Very little information is given to you at the start, but slowly, little bits of story can be collected as you progress through each level. You are responsible for piecing together Red’s story and filling in any blanks left open for interpretation. This style can be weak, and only works if  everything else about the game makes you want to keep up with the story. For me, it does.

Okay, this one was tricky to begin with. I’m sure hardcore gamers will find humor in this, but I had absolutely no idea what I was doing in the combat system at first. Battles were clumsy, and I would barely escape with my life intact. Key point in that previous sentence being…I typically survived these learning experiences. Transistor didn’t baby me but also didn’t leave me to drown in my own vomit of ignorance. I slowly began to understand the simple design of a deep battle system that allows for many options and fighting styles. Finally, it clicked, and when it clicked, oh man, this game became a delight to my senses. My hands felt powerful as I left a trail of castrated Cluckers in my wake. My eyes basked in the world’s beauty. My ears reveled in the music so aptly setting the mood. The progression was paced well in relation to gameplay time, and I was excited to discover new cells and powers for my sword. Simply put, this game was a delectable experience. I did not find myself dreading any encounters/moments in the game.

Every game has a weakness, and I’m afraid we have finally reached Transistor’s failing. While there are many different paths to take upgrading the sword, which can change the player’s approach to enemy encounters, there is not enough to make me want to go back for another play through so soon after completing it. For hardcore gamers I’m sure this is not the case; however, I will delete this game from my library and move on. Perhaps in a year, maybe less, I will download and play it again when the mood strikes me or if there has been a long drought of good games.

If you are reading this before Transistor is taken off of the PS Plus instant library, and you haven’t gotten it already, stop right now and go download it! Go! Right now! This is one of the best PSN games for PS4 I have experienced, let alone for the PS Plus instant library. If you are considering purchasing Transistor, I’m on the fence.  If you value hours upon hours of enjoyable gameplay for your money, you may want to look elsewhere, although I would challenge you to give Transistor a chance to win your heart. After all, if you complete Transistor 100%, finding every goodie Supergiant Games has left for you, you’re looking at about 14 hours of gameplay. Compare that to the new kid on the block, The Order: 1886, and Transistor is a much better value. If you can appreciate a solid, beautiful experience that will respect you as a gamer and your ability to learn and keep track of what is going on in the world, this will be $20 well spent. If you are a hardcore gamer, you already own this game and came to this site simply to observe a peasant in his natural habitat. 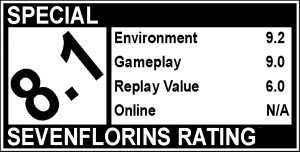