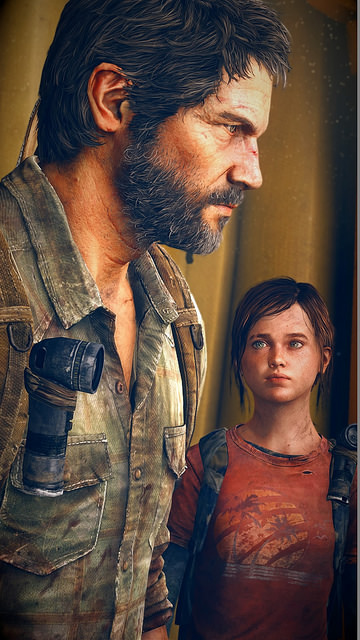 For my first review I will ostracize myself from the main community I wish to reach, and in doing so, doom this blog to the purgatory of the internet, being ignored.

Its a great way to start, right?

If ever there was a game that set the standard in this category, The Last of Us is it. The story, the visuals, and the sound are astounding and captivating. After playing through the opening, I was immediately invested in Joel’s character. I wanted to know who this girl was and why people were risking their lives and paying for her safety. Character motivations are not only comprehensible (which can be a challenge for some games) but feel completely natural. I never once questioned if Joel would really take the actions the game had him take.

Visually, the game shows what the PS3 was made to do. Wow your balls/ovaries off. The clothes look lived in, the homes look aged, everything is carefully designed to look like the world the story takes place in. The Last of Us finds beauty in the post-apocalyptic world.

Voice acting in The Last of Us fits the characters and the lines are delivered well. This is especially impressive considering one main character is a kid, and from my experiences, the voice acting for children in video games is typically sub par (the young boy at the beginning of Mass Effect 3 for example).

There is another side to my experience with this game, however. The story and aesthetics of the game kept me numb to the frustration churning in my unconscious psyche. Frustration in the shooting mechanics, stealth that felt so clumsy I stopped trying to understand it, melee that wasn’t reliable.  There were so many options for how to approach a situation, but none of them would actually work. Leveling up didn’t feel as though it was making enough of a difference and slowly, unconsciously, I began to play only with cut scenes in mind. I wanted the quickest path to the next cut scene, because the gameplay itself was not fun. But I still wanted to like the game. I would not admit that there was something I was not enjoying. Especially not something as crucial as the mechanics of the gameplay itself. I was unable to keep this facade. More than halfway through the game I cam across two enemies I could not figure out how to defeat or pass. All I wanted was to make it to the next scene and discover more about the story and get one step closer to completing the game. All I kept getting was my face ripped in half over and over again until I couldn’t suppress my frustration any longer.  I bit my controller. Yes, I literally bit my controller as I let out a suppressed cry of anger. I just wanted the story, and the game was getting in my way.

The Last of Us was not fun. It was not a game. It was a chore that must be completed to enjoy the story.

I’m proud to say I did complete the game. I did finally pass the aforementioned level with none of the satisfaction that usually follows defeating a particularly difficult foe. I did complete the game that, judging by other reviews and awards, may go down in history as the greatest PS3 game ever made. I will never play it again.

I play games to enjoy myself after a long day at work or during my time to relax on weekends. There is nothing about The Last of Us that will bring me back for another play through. That saddens me.  It is a beautiful interesting game that I truly wish I could enjoy playing.  It would as be, many others currently claim, a masterpiece, if only actually playing the game itself was more enjoyable. As it is, I know the story now, and if I ever want a refresher, I will to go to YouTube instead of a PS3 (or PS4 now that the remastered version is out) to get an enjoyable experience from The Last of Us.

N/A (I hated this game so much I got it out of my home as soon as I completed the story.)

The Last of Us had so much potential, so much emotion, so much story, and so much pure digital beauty that I wanted to love it. I wanted to love this game more than any game I had ever tried. I failed. Instead, I loath this game. I can feel my skin crawl when I hear it mentioned or see it in an awards category. But why do I react this way when there are other games that are by far worse in every category I rate? I believe it is because of how much The Last of Us does right, and yet how wrong it gets one of the most crucial aspects of gaming. There was something amazing happening with The Last of Us and it is agonizing that the gameplay is what gets in the way of the enjoyment. I absolutely hate The Last of Us because it was so close to achieving everything about games I love but ignored the one reason I play any games in the first place…fun.

I’m not a hardcore gamer as much as I’d like to think I am. I’m simply not that good, and The Last of Us drove that point home every chance it had. It just wasn’t for me. Returning The Last of Us was like breaking up with that one girl who was perfect, but for some reason I couldn’t get past this one annoying habit she had. All I could say standing in line was, “it’s not you, it’s me.”

37 thoughts on “Casual Reviews – The Last of Us”