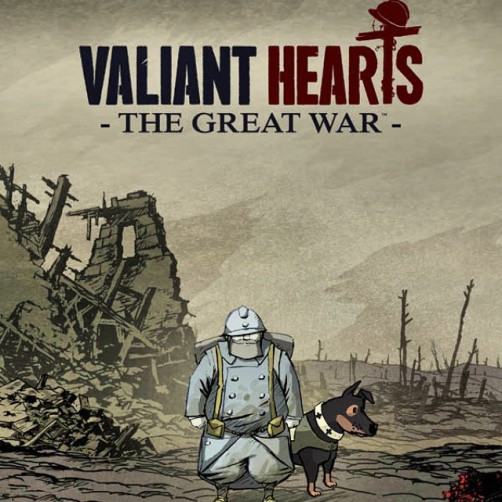 I apologize for the absurdly long photo name and smiley faces but it was the only creative commons photo I could find.

And with that out of the way…

Platform games are not my thing. I enjoy a go at Rayman games, but only if my wife is joining in on the fun. By themselves, side scrollers have never hooked me with single player gameplay. I didn’t grow up playing Mario, so, while I understand its importance in video game history…I’d rather shove a thumbtack in my eye than actually play the original Mario games.

But once again, PS Plus has blessed my console with another platformer.

I slowly waded into the frigid water of side scroller gameplay, hesitating for a second at my nuts (mid-way through the game I took a break…), and finally submerged, completing Valiant Hearts: The Great War.

Valiant Hearts set itself apart from most platform games with a distinct art style. The characters’ exaggerated proportions and movement made it possible for Ubisoft to tell a compelling story mostly through visuals. WWI has not been the focus of many great games in the past. Red Baron 3D is the only one offhand this uneducated gamer can remember. In my mind, Red Baron 3D set a standard of WWI historical gameplay. It might seem odd comparing an old flight simulator to a new platformer, but they both excelled at tying historical facts into gameplay. I admit most of my WWI knowledge comes from Red Baron 3D, and now, Valiant Hearts.

The music in Valiant Hearts is perfectly set to the gameplay. Sometimes I would leave the menu up a few seconds longer than usual simply to hear the menu theme. Other times I left it up simply to look around and remember I could perceive three dimensions. God, I hate platform games.

The environment is unique, but that doesn’t mean it is one that I’m really interested in or want to explore. In each level I only had one goal in mind: complete the objectives and move on. I didn’t want to linger. I didn’t want to find all the artifacts. As with a one night stand, the goal was simple…squeeze what enjoyment I could out of the situation before returning to the harsh truth that I was doing this because I didn’t have any other game I deeply cared about at that time.

The story is presented mostly during loading screens and cutscenes with a narrator whose silky voice sounds like Morgan Freeman and James Earl Jones produced a Caucasian baby named Dave Pettitt. The story is easy to follow but very powerful, and the ending is one of the most moving sequences in recent gaming history.

Surprisingly, it is…fun. Now, it’s not crazy fun like the first time you discovered the physics of the warthog in Halo: Combat Evolved, or found the Zombie Arcade in Black Ops…or moved in three dimensional space. The fun is more in the pacing and uniqueness of each situation through the game. The developers had mercy on my poor side scrolling experience, making each level short, sweet, and completable. I always understood what I was looking for or trying to accomplish without the game ever uttering actual words of instruction. Instead, the characters spoke in pictures and gestures, like daily commuters stuck in rush hour traffic. It was amazing how much is conveyed with so little dialogue…and in the case of commuters, with only one free hand and a small window to signal through.

So what makes this game fun? The feeling of accomplishment when you figure out a simple puzzle and move onto the next level was a major draw. Valiant Hearts was never hard enough that I had to cheat to figure out how to move on, but it did challenge me. Perhaps it was a challenge because my cognitive ability is that of a Kakapo, but it kept me entertained.

Will I play this game again? No. I did my time. It was more like time in juvie instead of Alcatraz, which is a huge compliment to any game of this type. The catch with puzzle solving as the main draw is that once you understand how to beat a level, there is no reason to revisit it. You know what to do and how to do it, so any sense of discovery is lost after the first time.

Basically the game is fun once…and only once.

The price is more than fair for those who thrive in the confines of two dimensions, but this game would not be worth my money as a casual gamer. At most, I would be willing to part with $7 to play this game. Half the actual retail price.

The focus of Valiant Hearts is surviving the Great War. You guide your characters through historical moments with enormous loss of life, trying only to keep yourself and your friends safe. Instead of dominating the war, you just want to live. The game was able to entertain me for a time, but honestly, if I hadn’t committed to completing this review (for lack of other new games I own to review), I would have spent my time elsewhere.

It’s much like the Chipotle of games. While Valiant Hearts is superior to many other PSN titles, it is still not a full gaming experience I can replay and continue to enjoy. Similarly, Chipotle, while superior to many fast food chains, will still result in excessive cramping and diarrhea, making revisitation unlikely.

If you ever get a chance to snatch this title on sale, do it, but don’t pay full price unless you enjoy platformers. Instead, watch the story on YouTube. 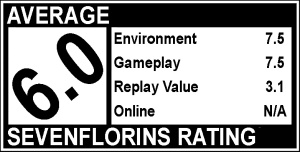